It seems like we men are so obsessed with testosterone nowadays that we are almost paranoid that everything can lower it. And the subject of sex and ejaculation ain’t no different folks. So do you lose testosterone when you ejaculate?

No, ejaculation doesn’t directly lower testosterone levels according to a 2002 study published in the Journal of Urology (1).

And while ejaculation in itself won’t make you less masculine, it might affect your body’s ability to make use of testosterone, but only under certain conditions.

However, this is only true under very specific conditions that we’ll take a closer look at in a bit.

That’s why in today’s post we’re going to examine the “problem” of ejaculating.

Also, the correlation (or lack of) between ejaculation and testosterone levels in the male body, from a scientific standpoint.

Now, going back to ejaculating and T:

According to a relevant study, the endocrine response of men who experienced orgasm after 3-week abstinence was conclusive that ejaculation doesn’t alter plasma testosterone levels (1.2).

Another clinical trial concluded that no differences between testosterone values were found in test subjects, prior to and after they had an orgasm during sexual intercourse (2).

Or in other words, ejaculation doesn’t seem to “drain” your T levels – it doesn’t even affect the luteinizing hormone, according to the same research!

And even though it’s crystal clear that busting a nut wouldn’t give you test levels similar to those of a 10-year old girl.

There’s still a particular condition under which ejaculation MIGHT have a somewhat negative impact on your body’s ability to utilize testosterone.

That way you’ll know what to look if you fear that your T levels might be on the lower end of the spectrum.

Does Ejaculating Make You Weak?

Yes, ejaculating can cause a similar feeling of being weak in a similar fashion as when you’d just finished working out.

If you’ve ever ejaculated before you’d know what I’m talking about – you just don’t have the same drive and energy when you bust a nut!

That’s because our semen contains more than 200 vital nutrients that your body needs for various functions.

As a result, your body immediately starts working on creating new semen to compensate for the one you just lost and it does so by pulling nutrients to make fresh semen.

Personally, I’ve found that I feel fatigued and relaxed immediately after reaching orgasm so in this sense I definitely feel weaker.

Does this mean that you should stop having sex?

No – sex is good for your health and hormones!

Besides, once you stop jerking off you’ll realize how much more energetic and confident you feel – trust me! 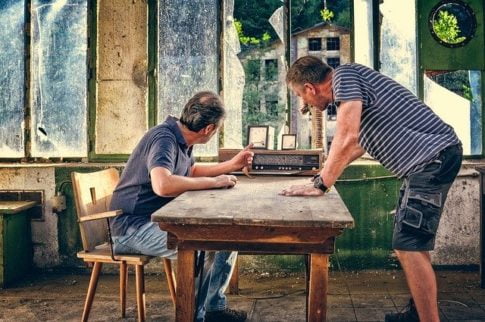 How Many Times Should a Man Release Sperm in a Week?

With that being said, don’t overdo it since an excessive number of orgasms isn’t good for your hormone levels.

And then there’s the popular Daily Mail article from a few years back, which stated that men should ejaculate at least 21 times each month to reduce prostate cancer (3).

While the study cited in that article mentions that there’s a connection between prostate cancer risk and how often you ejaculate, researchers point out that further research is needed (4).

Perhaps one of the reasons for a follow-up study is that the research cited by the Daily Mail relies on self-reported answers related to the frequency of ejaculation.

So there’s a rather significant pinch of subjectiveness here in terms of memory (or lack of) of those more than 31,000 men who were surveyed.

Nonetheless, this still provides evidence that there’s a relationship between ejaculation frequency and the risk of developing prostate cancer.

And that’s worth keeping in mind, especially since you tend to go overboard with how frequently you reach orgasm!

Does Jacking Off Too Much Lower Testosterone?

Yes, because too many ejaculations over a short period of time could potentially decrease your androgen activity.

Or to put it simply, it may hinder your body’s ability to use testosterone, according to scientific data (5).

Having 4 consecutive ejaculations (if you can even do that) leads to a huge decrease in androgen receptors.

This means that having too many orgasms in a short amount of time can possibly make it harder for your body to make use of testosterone.

Too many ejaculations in a short time span might be a bad thing for your primary male hormone!

However, take this study with a grain of salt since the test subjects were actually MALE RATS, not human beings.

And while rodents and we have a lot in common, both on a biological and genetic level, things might look a little differently if the research was conducted on humans.

Although, who can even go for 4 ejaculations in a row?

That’s obviously bad as ideally, we’d like to keep our estrogen activity at a low, so keep that in mind the next time you and your girlfriend engage in a sex marathon!

Can Abstaining from Ejaculating Help You Build Muscle?

No, not by any stretch of the imagination.

That’s an awful myth and I’m here to bust it (no pun intended).

Restraining yourself from ejaculating is NOT going to yield you more amazing gains in the weight room, unfortunately!

Oh, and btw – working out DOES increase testosterone levels in the body, so exercising is a total win-win situation.

Anyway, don’t forget that the testosterone levels circulating through your body aren’t constant, they fluctuate all the time.

That’s perfectly normal and it won’t affect your muscle-gain capabilities unless your T is hindered significantly and over a long period of time.

Any impact that ejaculating might have on your testosterone, is only going to be temporary

Thus, you’ll be much better off finding yourself a long-term partner, with whom you’re going to have a passionate and healthy sex life.

Besides, sexual intercourse between partners (a man and a woman) has been scientifically shown (7) to increase the T levels in both men and women.

There’s yet another reason why real sex with a female is superior to playing with your right (or left) hand.

But if you really want to increase your muscle-building potential, check out the best testosterone booster that I personally recommend.

And this brings me to another crucial topic… 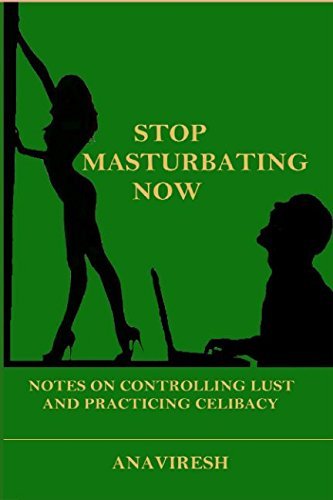 This is also where the legendary 7-day nofap method comes into play!

The Legend of the 7 Day Nofap Testosterone Boosting Technique

There’s a very popular theory on the internet, suggesting that refraining from fapping for 7 days leads to an increase in androgen activity, namely testosterone.

Of course, such claims may not seem so wild since there’s a particular study that backs these allegations.

Chinese researchers have found (9) that exactly seven days of abstinence from ejaculation, leads to a drastic increase of 145.7% in serum T levels, which is pretty extraordinary.

On the 8th day, your testosterone goes down again… but there’s more to it.

What I mean is that this particular study gives only a fraction of the bigger picture.

Yes, nofap works and yes it does boost your natural test production. In layman’s terms this means one thing – stop fapping guys!

Quite obviously, sex and ejaculation don’t decrease testosterone levels and no, ejaculating won’t give you a squeaky voice or man-boobs.

Thus, enjoy sex with your girlfriend or wife and do yourself a favor – stop fapping for good!

Over to you now – have you ever experienced the amazing benefits of nofap and if so, how long have you been doing it?

1 thought on “Do You Lose Testosterone When You Ejaculate? [Evidence-Based Answer]”