Although we men are suspectable to quite a few conditions and diseases, low testosterone is undoubtedly one of the worst ones. It’s a condition that essentially affects the very thing that makes us masculine – our testosterone production. But with that being said, when is low testosterone dangerous?

Low testosterone can become dangerous to men when levels drop below 241 ng/dl, according to relevant scientific data (1).

Researchers have found that men with T levels below this range (<241 ng/dl) have a 40% more chance to die than men with higher T concentrations!

And more specifically, the same study also mentions that having low testosterone is even linked to increased risk of respiratory and cardiovascular disease mortality.

What’s even more striking though is that those findings are independent of lifestyle, age and adiposity.

This means that low T is the most likely cause for the increased mortality in men with testosterone deficiency.

What is Testosterone and What does it Do?

Testosterone is the primary male hormone that’s primarily produced in a man’s testicles.

Women produce small amounts of it as well, although they make this hormone in the ovaries.

But since this is basically the hormone that makes a man manly, it affects males in various ways, such as:

Moreover, testosterone is the hormone that leads to an increase in muscle and bone mass as well as strength. 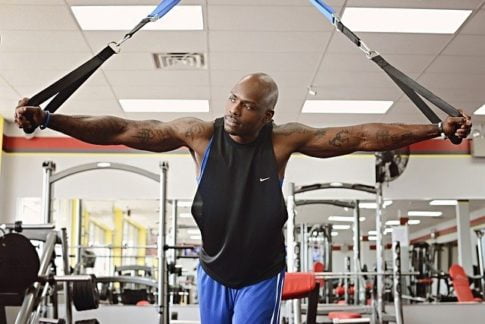 What About the Primary Functions of Testosterone in the Body?

Although testosterone has quite a few functions in the male body, these are arguably the most important ones:

On top of that, testosterone also plays a role in regulating the production of red blood cells, fertility and even body fat distribution. 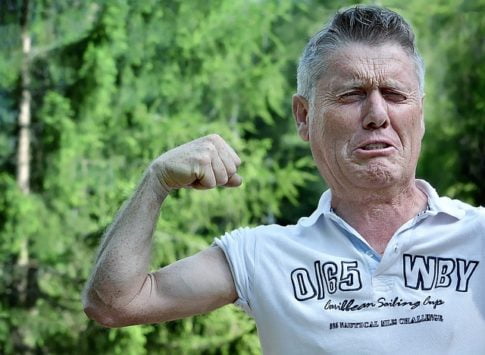 What Happens When a Man’s Testosterone is Low?

When your testosterone levels are on the lower end of the spectrum, you will most likely begin to experience some of the symptoms of low testosterone.

The most profound low T symptoms and signs are:

Note that you might experience some or most of these symptoms if you’re suffering from testosterone deficiency.

But if you notice some of the perhaps more worrying symptoms such as a reduction in the size of your testicles or a decreased semen volume, then you’d probably want to get your levels tested.

What’s the Best Method for Testing your T Levels?

Blood tests are undoubtedly the most reliable and accurate for checking your testosterone levels.

They will give you the most accurate representation of how much free, total and SHBG-bound testosterone is flowing through your veins.

Nonetheless, these are the 3 most widespread methods for testing your T:

Now, something worth keeping in mind when you do decide to go for a blood test is that testosterone levels peak during early morning hours.

And more specifically – your testosterone is at its max during 7-10 AM!

So for a more accurate reading, your best bet would be to get tested during this time window. 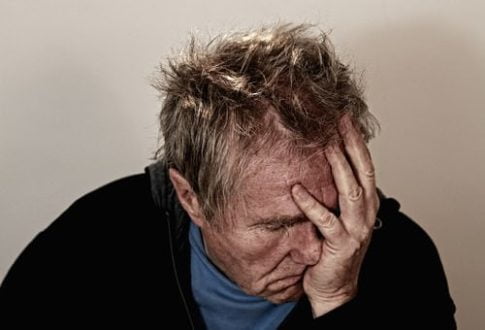 If you neglect your low testosterone levels, you might be exposing yourself to an increased risk of dying from cardiovascular and respiratory diseases, as stated in the study cited at the beginning of this article.

Or in other words, low testosterone is no joke and you should take this condition seriously as it can have a negative impact on a lot of areas of your life.

As a general rule of thumb, if your levels are below 300 ng/dl you may experience some of the low T symptoms that we already mentioned.

Thus, leaving your low T untreated can manifest in a number of ways, including:

Thankfully though, you can counter these symptoms and low T in general via several neat treatment options that you’ll read about in a bit!

How Do You Fix Low Testosterone?

Typically, your doctor would be able to tell you what the best way of fixing low T in your particular situation is.

But most of the time that would include putting you on TRT (testosterone replacement therapy).

In short, TRT is a treatment option in which you usually inject a synthetic form of testosterone that gives your body the desired amount of this hormone.

However, TRT does carry certain health-related risks such as a supposedly increased risk of unwanted cardiovascular reactions as evident in this Therapeutic Advances in Drug Safety study (2).

But researchers from the same study also state that TRT is typically safe for most men.

Only those with pre-existing heart issues have to approach this with caution and utilize shared decision making with their doctor. 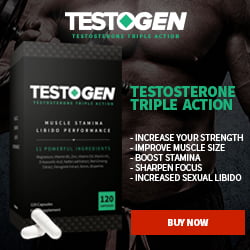 Although doctors will generally limit your treatment options to TRT and TRT only, that’s not the whole story.

There are other, more natural treatment options that you should know about and here they are:

Don’t let anyone fool you – you can DEFINITELY increase your T levels naturally.

With that being said, sometimes your T is just too low so you’ll most likely have to jump on the TRT bandwagon anyway.

What is the Average Testosterone Level by Age?

And to put things into perspective, the normal testosterone range is considered to be between 300 and 1000 ng/dl, according to the FDA.

Anything below the 300 mark is viewed as low testosterone as that’s where the symptoms become more prominent.

Regardless, it’s normal to expect your T levels to drop as you get older as evident from the chart above.

Hooray – now you know when low testosterone might become dangerous i.e. when your levels drop below 241 ng/dl.

As previously mentioned, studies found out that having T below these values might increase your risk of dying from heart-related and other diseases.

But do you personally suffer from low T?

And if not – how do you know for sure?

Have you ever tested how much testosterone you have?

Come on, drop your answer below!