Most of us are constantly looking for new ways to improve our testosterone levels. And while weightlifting and proper nutrition have always been a logical choice, more unorthodox approaches are popping up. One of them seems to be edging. But… does edging increase testosterone?

No – there’s no scientific evidence to conclude that edging does in fact increase testosterone levels in men.

What’s worse, this study found out that cortisol concentrations were elevated following a sexual stimulation session.

And why should we care about cortisol?

Because other scientific data suggests that higher levels of cortisol can directly suppress testosterone secretion by the testicles (2).

But we’ll focus on the negative aspects of edging later on, let’s first see what this thing is all about…

Table of Contents hide
1 What is Edging?
2 How to Practice Edging? 3 Tested & Proven Methods!
3 Are there any Harmful Effects of Edging?
4 Does Edging Work?
5 Does Edging Increase Sperm Count?
6 What about the 7 Day Abstinence Testosterone Peak?
7 Conclusion

Edging is a sexual practice in which you stop yourself from reaching orgasm when you’ve almost reached the point of ejaculation.

After that, you calm down and resume action, while the process is supposed to be repeated several times.

And that’s why it’s called edging – you stop whatever you’re doing right at the edge of the “orgasm cliff”!

For example, when you and your GF are havin’ a good time, you do edging when you pull it out (or just stop thrusting) right before the Champagne pops, you then calm things down and continue.

Nowadays edging is often practiced by folks who want to experience better orgasms and last longer, but this sexual practice actually has its roots in science. 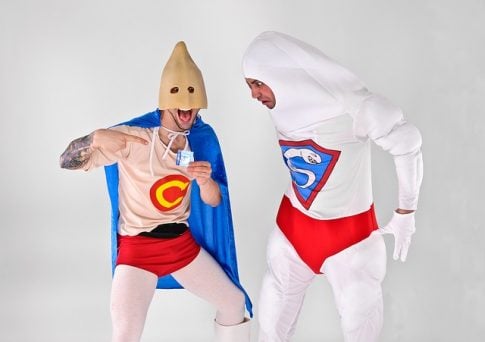 How was Edging Born?

The act of willfully stopping and then starting again (i.e. edging) initially saw the day of light in a 1956 edition of the Journal of Sexual Medicine (3).

The particular method mentioned in this scientific paper is known as the “Semans technique” – you repeatedly get almost to the point of ejaculation, then stop, rest and repeat.

Now, the resting intervals are meant to be about 30 secs that you should repeat at least a few times before you decide to let it all out.

All of this takes quite a bit of practice to master and it can become rather frustrating at the beginning, so be warned!

And no, I’ve never tried this technique – the closes to edging I ever got was the few times where I forced myself to stop thrusting… but only for a few short seconds.

Although edging isn’t exactly rocket science, there are 3 different methods that you can give a try if you’d like to last longer and make your lady glow with happiness. 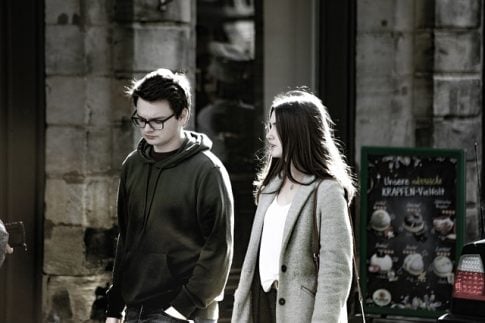 Are there any Harmful Effects of Edging?

Not exactly since edging won’t have any dire implications on your health.

And while I couldn’t find any specific studies to suggest that edging might be bad for your health, there are still minor disadvantages associated with using this sexual technique.

So without further ado – here are 4 edging cons that you might want to consider before trying it:

Although you’re trying to avoid premature ejaculation by doing edging, you might actually end up having delayed ejaculation.

In fact, you might experience anorgasmia – this is when you simply can’t reach orgasm from regular sexual stimulation.

The cause of all this can be simple fatigue or exhaustion from all the edging you’re doing.

So don’t go overboard if you’re into this sexual practice – do edging in a rational and reasonable manner.

2. Loss of presence in the bedroom

While doing edging, you might inadvertently end up concentrating too much on the actual edging method, instead of just enjoying sex.

As a result, all the pleasure and connection that you have with your girl will be gone.

Who cares if you can last longer if all you’re thinking about during sex is how many more seconds you’ll have to wait until you start again.

Edging might easily become the focal point of your sex life, so much so that ejaculating might not be as enjoyable anymore.

You might find yourself too attached to all the arousing associated with edging that you could end up being a bit disappointed when you do actually pop the Champagne.

So you could eventually end up enjoying edging more than the actual act of having sex with your partner… and that’s not cool.

The more you do edging, the higher the chance that you might build up a tolerance to lower-arousal sex or foreplay.

All the stimulation followed by stopping and repeating can blunt the physical sensation of your penis with time.

If you start seeing symptoms of waning sensation or just lack of stimulation during foreplay or even sex, immediately take a break from edging.

This technique should never replace or come before sexual intercourse in terms of pure enjoyment. 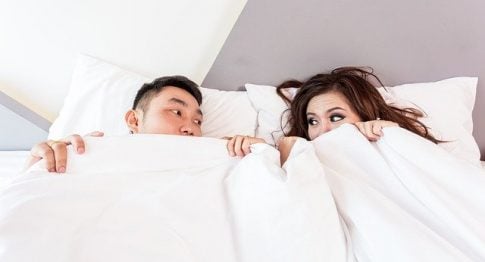 Yes, edging is an efficient sexual technique that can definitely help you last longer.

With that being said – here are 3 of the main benefits of this method:

Just as there are cons to this method, there are also a few key benefits, which are the reason people resort to edging in the first place:

1. Helps you to last longer

Since edging lets you learn how to control your orgasms, you’ll be able to last longer and who wouldn’t want that?

Additionally, you can also use this technique to get a grip on your pleasure tolerance prior to ejaculating.

This is also one of the go-to methods for guys dealing with premature ejaculation.

2. Keeps you at the highest physical arousal

Edging helps you to stay at the stage right before you ejaculate, which is known as the highest physical arousal.

Thus, this method will keep you at this stage for as long as you want (within reason) for supposedly better orgasms.

But this is sort of a double-edged sword as it might actually make you cherish the pre-orgasm stage more than the actual act of ejaculating.

In a psychological sense, edging can provide benefits in the realm of feeling competent and being in control of the situation.

We men love to feel adequate, competent and in control so that’s always a good thing.

And if you’re feeling more confident while fooling around with your girl, that’ll show and she’ll definitely like it.

Yes, it does increase the amount of sperm that’s ejaculated but only if abstinence is present.

So that means that I shouldn’t ejaculate each day, regardless of edging?

Yep – if you’re ejaculating on a daily basis your sperm stores will be depleted.

But when you abstain from reaching orgasm for a few days, your sperm stores will end up being higher and as a result, you’ll release more sperm when you bust a nut.

However, keep in mind that seminal fluid and sperm are both continuously produced!

Also, semen volume will not increase when you’re exposed to prolonged stimulation.

Or to put it in layman’s terms – your sperm count won’t increase just because you’re stimulating (or overstimulating) yourself.

What about the 7 Day Abstinence Testosterone Peak?

The famous ‘7-day testosterone peak’ thing comes from a particular study that shows how powerful abstinence can be for us men.

It’s a study conducted by Chinese researchers and scientists who found that there’s a correlation between abstinence, ejaculation and variations in serum testosterone levels.

They found that after 7 days of abstinence, the serum testosterone levels of the men observed peaked by getting up to 145% of baseline values (4)!

However, no fluctuations of the T levels worth noting were stopped after the peak on the 7th day.

That’s why this study proposes that following a plan of “nut once every 7th day” can be an effective tool for reaching that peak.

But I know that many of you will start arguing that 7 days is too much (especially if you have a GF/wife) and you might have a point.

Still, it’s worth mentioning that researchers point out the fact that orgasm (busting a nut) is the precondition that kickstarts this unique periodic variation in serum testosterone levels.

Apparently, there’s a lack of scientific evidence to suggest that edging plays any role in increasing testosterone levels in men.

Does that make this sexual practice pointless? Not really.

It still has its place as a tool to help you last longer, but you should remember that overdoing it might hinder the pleasure you get from sex.

Now – have you personally tried edging and what do you think about it?

1 thought on “Does Edging Increase Testosterone? The Myth Debunked [Science-Based]”