It might work as a libido enhancer but don’t count on Tribulus to increase your testosterone production.

And we’ll dive into the scientific facts of this in a bit.

So much controversy surrounds this herb (unlike bananas, which are very testosterone-friendly) that’s it’s easy to get lost.

Seriously, just ask two different bodybuilding enthusiasts or just general gym-goers and the chances are that they’ll have different opinions about Trib.

What Is Tribulus Terrestris?

Tribulus Terrestris is a flowering, annual plant that you can find in a lot of places all over the world.

It’s got an awful lot of a.k.a’s such as Goat-head, Puncture vine, Cat’s head etc.

Some of these nicknames probably come from the fact that by the end of spring, the fruits of Trib dry out and transform into solid seeds with little but troublesome spikes.

And so on, and so on… until we collectively fall asleep from boredom!

I’m positive that none of this can help you with your T boosting endeavors.

However, It was something I wanted to give some attention to.

After all, you have to be familiar with what exactly this herb is, especially when it’s linked to higher values of The King of Hormones.

Nonetheless, Tribulus is still one of the more well-known and widespread ingredients used in testosterone boosters.

Chances are that you’ve heard about it already – it’s that popular, really.

Or at least the bodybuilding community wants it to be that way!

Enough with all the general info about this plant, want to move on to something more specific when it comes down to boosting your testosterone levels naturally?

As previously mentioned – no!

Everything about the main ingredient of MANY testosterone boosters out there just seems so vague.

But above all, scientific evidence clearly shows that there’s 0 (zero) correlation between supplementing with Tribulus and experiencing an increase in testosterone levels.

Also, there’s contradicting data all over the web, as well as different folks who have contrasting opinions about its alleged ability to optimize our masculinity.

Now, there’s now something that’s really puzzling you – who do you believe after the massive piles of conflicting information concerning this plant?

Let me throw some info on research that was already done on the subject:

Anyone with the slightest amount of common sense would realize that this is some HUGE evidence against Tribulu’s natural testosterone optimization properties.

Although I think they should’ve used Chuck Norris as a test subject – anything would work on him!

In all seriousness though – the scientific data is conclusive.

I mean, come on now… at least ONE of the guys that participated should’ve at least had a tiny, little spike in testosterone production.

Haven’t these people heard of the placebo effect or what?

But hey, let’s flip the coin and take a look at the other side of things… 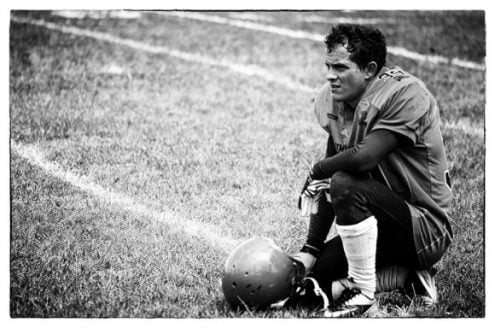 Are There Any Studies To Suggest That Tribulus Can Actually Increase Testosterone Levels?

Interestingly enough, there are.

Research conducted on monkeys shows that Tribulus can indeed boost their testosterone production.

And this exact study is most likely what those defending Trib will show you to convince you that it works.

As for the actual study, in 2008 researchers (4) decided to research this mysterious herb by using animals as test subjects (no idea if any of them got hurt during the study).

No clue whatsoever why anyone would consider such weird research, but there you go!

Secondly, the mammals tested did experience some elevated T levels with the help of Tribulus Terrestris.

Thirdly, hmm if something sounds too good to be true, It’s because IT IS!

Tribulus could work for mammals (in this case, monkeys), but human data is controversial at the very best

Unless you are a baboon, Tribulus doesn’t work.

So if you are a human being, chances are this study means jack shit to you, because it’s completely IRRELEVANT!

I doubt you would want to inject yourself with Tribulus even if you want to duplicate the conditions of the research conducted on animals. 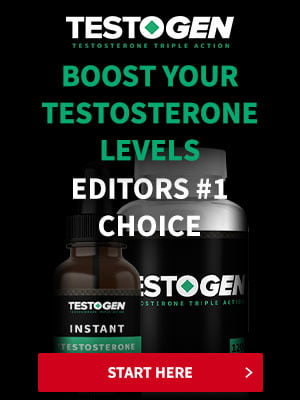 Does That Mean That Tribulus Is 100% Worthless At Boosting T Levels?

Yes, I believe so.

Sure, it might be used in certain parts of the world as an aphrodisiac.

But according to science, It’s safe to say that this herb will most likely not make you more masculine.

However, leaving relevant scientific data aside, there are probably guys out there are happy with the effects of TT.

If you’re so curious and would like to know if it’ll work for you (most likely not), then by all means – do give it a try, just for the sake of it (at least it’s safe to use).

Maybe you know guys personally, who swear by Tribulus Terrestris.

Perhaps there are guys who take Trib and are making all kinds of gains, achieving firmer erections, feeling more manly, shredding fat etc.

What works for you, might not work for others (or vice versa)

Repeating the same old cliche that everybody is unique, what works for you might not work for another person and so on could very well sound over-used, but guess what?

It’s the truth itself!

Some folks really do SWEAR by the effectiveness of that stuff.

Anyway, my position will remain the same towards dubious T boosting ingredients (as opposed to ingredients like D-Aspartic Acid that I’m personally a fan of).

My intention is to share with you only the most valuable compounds that you can buy so that you can reap the most benefit from testosterone-increasing supplements.

From a personal perspective and according to science (5), Tribulus Terrestris might only be useful if you want to help your little fellow stay stiffer during those fun late-night encounters.

But do I consider it an effective testosterone booster?

NOT by any stretch of the imagination!

I’ve used Tribulus on a few occasions myself with mixed feelings.

I’m talking about both stand-alone products which contain only this herb as well as combined supplements with different components, one of them, of course, being Trib.

To make it fair I would only judge my past experiences with those only containing the aforementioned herb.

See the Testosterone Booster that WORKS (Based on Science)!

Basically, everything positive about it can be wrapped up in the fact that I didn’t receive any unpleasant side effects from using it.

As a MOST welcome bonus though, I do remember that my bedroom weapon was being more powerful than usual – also sperm count was definitely on the rise.

Besides, the study cited a few paragraphs above does point at a potential libido-boosting effect of Tribulus.

Improved libido might be the only thing that you could potentially experience while taking Tribulus Terrestris!

Overall though in terms of more alpha male attitude, more gains (muscle mass) and/or strength and even the slightest adjustment in body fat percentage it was a disappointment for me.

Honestly guys, after all the HYPE about Tribulus I’m sure that my strong mental desire for it to work (placebo) could’ve saved the day… but to no avail.

Have you tried this mega-popular herb? And if yes, did you feel anything?