Low T is a dreaded condition that affects millions of men worldwide. Although older guys are more likely to suffer from this condition, younger folks are not immune either. Apparently, the most prevalent symptoms of low testosterone that you might come across are:

So my task at hand for this post would be to reveal some really valuable information concerning low testosterone and symptoms.

And don’t even think of neglecting any of these symptoms as they can affect your physical, mental and emotional state – so read on!

Low Testosterone And Symptoms – 7 Sings Of Low T That You Better Keep An Eye Out For!

When it comes down to low testosterone symptoms for men, these are some of the most common ones:

Just wanna point out that these not entirely and exclusively reserved to low testosterone.

But you can be damn certain that if you associate yourself with a symptom or two from the list above.

Things don’t sound right and getting your T levels checked might be a wise move.

Anyways, talking about low T, I’ve created a thematic article of mine exploring the real possibilities of treating low testosterone, without using any synthetic and harmful compounds.

But after all, if you made your way to this post one would assume that you are concerned and in need of help so that you can reclaim your male mojo.

Fear not dear friends, for I will be giving you my best and sincere advice on how to tackle this tricky subject with the positive mindset that it’s a totally reversible process.

In case you DO need to redeem your manliness, I have just the right tools (articles) for natural testosterone treatment!

What’s been broken can be repaired, but only if you approach the problem at the right angle.

I feel that this is the perfect timing for a brilliant (and rather hilarious at the same time) quote from Conan the Barbarian  – here Arnold (Conan) is asked the simple question “what’s best in life?”:

“To crush your enemies, see them driven before you and to hear the lamentations of their women”

Now, as a faithful Christian I’m in no way advocating violence but be honest with yourself here.

These specific words coming out of this particularly manly character that is Conan, should at the very least excite you and possibly make you feel pumped.

Low testosterone is without a doubt a curse and I would be glad to help anyone out there looking for different ways to cure this condition in a natural way, without harmful chemicals.

In this age of increasing feminism and mass emasculation of men, it is of vital importance to help each other with ways to up the hormone that constitutes the word MALE!

What Are The Normal Testosterone Levels In Males Nmol/l Though?

It’s generally agreed upon that the range between 300 – 1000 ng/dl is normal so anything below 300 may be regarded as low T.

To get a better understanding, I’ve written a helpful post related to the normal testosterone levels for us men.

If you’re too concerned about having low levels, there’s always the possibility of visiting a lab to get them checked.

Or you can visit a lab so that you can roll your sleeves up and let the fine-looking nurse (fingers crossed) draw some blood – although some symptoms are unmistakable.

It might not be too far-fetched to say that it’s not uncommon for guys to suffer from bouts of below-optimal testosterone levels during their lifetime.

Our testosterone levels fluctuate on a daily basis so it’s normal to have ups and downs when it comes to our primary male hormone.

I definitely believe that my T is plunging down after I experience failure of some sort.

How Does Low Testosterone Affect Us Men?

Low T affects us guys in a plethora of ways, mostly by:

Obviously, it doesn’t take a rocket scientist to figure out that having below-normal levels of our primary male hormone is pretty awful.

Whether it’s destroying your sleep, bringing you depression or simply throwing your sex drive out the window, low T is something that can seriously ruin the quality of your life.

Can Losing And Failing At Things Actually Lower Your Testosterone Levels?

Yes, believe it or not – experience failure can have a negative impact on your T levels.

No one wants to be called a loser or even worse, to be a loser. Here are a few examples of how being a loser can screw up your masculinity:

(1) Receiving an embarrassing exam score;
(2) Screwing up that crucial job interview;
(3) Getting completely rejected by a hottie;
(4) Losing an arm-wrestling match in front of a crowd;
(5) Forgetting to pay your car tax in time (trust me, this sucks)… etc.

Well, there’s a good reason for experiencing a decline in T levels when you end up on the receiving end.

In fact, studies do show that losing=less testosterone and winning=more testosterone – what can I say, we men simply LOVE competition (5)!

The king of hormones (big T) is our best friend as men and it’s our responsibility to treat it with respect.

We’ll ditch the analogy for a moment so that I can clarify what I mean – your condition may very well be the consequence of a poor lifestyle.

Yep, you got that right: 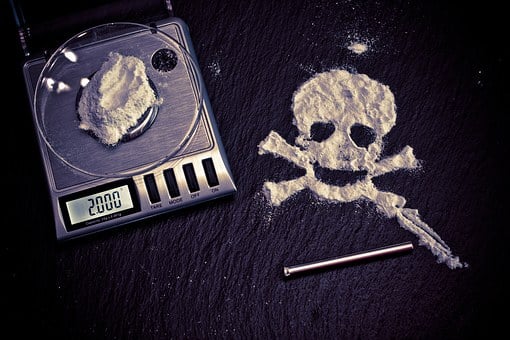 Is Low Testosterone The Result Of Neglecting Your Overall Health?

Yep, it certainly likely can be.

As expected, this is excluding causes like diseases of the testes or pituitary gland since it affects a lesser portion of guys with low T.

But seriously, when was the last time you got hammered?

Or perhaps the (over)consumption of something (there’s a reason I picked this word and not “food”) packed with sugar, loaded with saturated fat and also processed?

Speaking of food, yours truly has created a valuable article directly related to this subject, more specifically the 5 most anti-testosterone foods out there!

This is the right time to check them and does your best to avoid, avoid, avoid… you know the drill!

Fast-paced urban life certainly has an impact, also everyone has a vice or two – especially being surrounded by all kinds of temptations on a daily basis just makes it hard not to slip every now and then.

And yes I’m indirectly implying that folks living in rural regions are probably walking around with way higher T levels than us big city men!

CHECK OUR #1 RECOMMENDED TESTOSTERONE BOOSTER ON THE MARKET!

All of this might sound obvious or even a cliche of a sort, however connecting the dots shouldn’t be rocket science and it’s rather clear how these factors could possibly have a negative impact on our manliness.

Diet especially is a completely different topic altogether which deserves its own separate post – such as the top T-boosting foods for men!

Having this information in mind, now I will stomp on a rather unpleasant myth.

Hypogonadism ( a fancy scientific term for low T) is a condition that an awful lot of men just consider a perfectly natural part of the aging process… they couldn’t have been more wrong!

Being older DOES NOT automatically mean that you’re a sissy with low T!

It’s true that testosterone levels gradually decrease as we get older, but it’s only about 1 percent every year after we hit 30.

So it would be foolish to solely blame your age for having below the norm values of the king of hormones. A

Actually, I’m pretty sure that there are some older men who walk around with twice or thrice the amount of T of many younger guys.

It doesn’t take a quantum physicist to realize that some gentlemen do carry bigger amounts of total testosterone than others.

Hence why even the supposedly plagued age difference cannot make such a big difference if one man’s body already possesses higher values of our favorite hormone.

I don’t mean THAT lookout, you know – be on the lookout for hot ladies (it’s acceptable only if your single!), I’m talking about always staying alerted about ANY possible signs of low T.

It can most definitely hit you out of the blue… in other words, it can catch you with your pants down, bro!

Nonetheless, make sure you’ve got your natural testosterone production optimized in a natural manner.

Whether it’s through T-enhancing supplements or else.

I pray that this post was helpful to you guys, keep an eye out because I’ll continue with my journey to the land of maximum T levels.

Did anything in this post DID catch your attention or you just have something to say?

Then don’t be shy and leave me a comment below!