Pumping iron is definitely one of the manliest things (just ask Arnold). In fact, weightlifting has a number of great benefits for us men. And the mighty deadlift is often considered the best compound exercise out there. But what about its impact on our hormones? Can deadlifts increase testosterone?

Yes, heavy resistance exercises such as deadlifts might potentially produce an acute increase in T levels (1), although there’s conflicting data on this subject.

In a 2019 study courtesy of The Journal of Strength and Conditioning Research, scientists claim that heavy deadlifts don’t affect testosterone levels in resistance-trained men (2).

It’s also worth pointing out that there’s a lack of significant long-term data concerning the deadlift and its direct impact on male androgen hormones (i.e. T).

Or in other words, solid scientific data about DL’s ability to boost T levels is scarce at best.

Table of Contents hide
1 What is the Deadlift?
2 How Beneficial are Deadlifts?
3 What are the Different Types of Deadlifts?
4 How to Perform Deadlifts (the Right Way)?
5 What Exercise Increases Testosterone Most?
6 Can Working Out Too Much Lower Testosterone?
7 Conclusion

What is the Deadlift?

Deadlifts are a compound exercise that involves lifting a weighted barbell off the ground.

The name ‘deadlifts‘ logically comes from the fact that you’re picking a dead weight off the floor until it reaches your hips and then you return it to the ground in a controlled fashion.

Deadlifts are often considered the “king of exercises” as they are a great way to gauge how strong someone is.

This is a typical powerlifting movement that sits up there among the squat and bench press as one of the best if not the very best multi-joint exercise.

Needless to say, this exercise puts a lot of strain on your joints and connective tissue.

Thus, keeping your back flat throughout the movement is crucial to avoid lower back injuries. 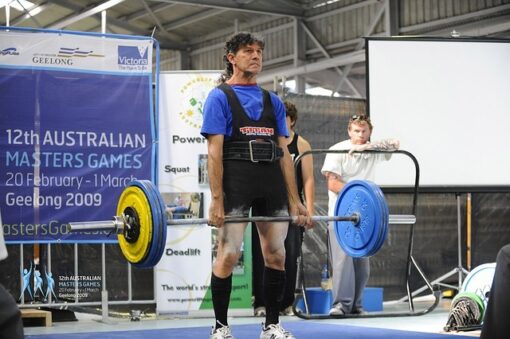 What Muscles are Used in Deadlifts?

These are the primary and secondary (stabilizer) muscles used each time you pick up the weight off the ground:

This shows you why deadlifts are so good at muscle and strength building – they work for so many different muscle groups at the same time. 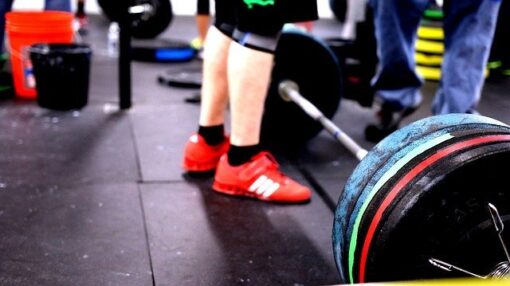 How Beneficial are Deadlifts?

Deadlifts are incredibly beneficial when it comes to getting stronger and more muscular, although they have a number of additional benefits such as:

There’s a reason why DLs are a multi-joint movement – each lift incorporates a myriad of different muscles at the same time.

Although the glutes and hamstrings take most of the load, there are many other muscle groups that act as secondary stabilizers.

In other words, by deadlifting you’ll be working various parts of your body such as the forearms and abdominal muscles.

This means that you’ll be growing and improving the strength of other muscle groups, without necessarily dedicating special time for them.

Standing tall and upright is a very manly characteristic and thankfully deadlifts can help to improve your posture.

This is possible due to the fact that this exercise strengthens the core and lower back muscles.

The brutal compound nature of DLs means that you’ll have more stability and firmness in your midsection, meaning that you won’t be as likely to slouch.

By default, deadlifts are very tasking on your grip as your fingers all that separates the bar from falling to the ground.

Progressively adding more weight to the bar will be a sure sign that your grip strength is improving as well.

Note that using wrist straps when deadlifting will make the movement easier, but it will also take away from your grip (forearm) stimulation.

Having a powerful grip is also useful in other areas of life as it will help you grand and carry various heavy items with ease.

Since DLs stimulate a myriad of different muscles, they also provide a great boost to your metabolism.

And a sped-up metabolism means that you’ll be burning more calories throughout the day, which can help your fat loss goals.

On top of that, a 2012 issue of the American Journal of Physiology reveals that weightlifting (in combination with diet and cardio) burns more fat than cardio and diet alone (3).

Despite the somewhat scary name, deadlifts are among the safest powerlifting movements.

You won’t need a spotter as you won’t be worrying about being pinned under the heavy weight like you would when doing the bench press.

All that you have to do is drop the weight if it is too heavy and you can’t do another rep.

And don’t stress about those videos where people pass out from doing DLs.

Just don’t hold your breath for too long and try to breathe on the way up (inhaling) and then breathe out on the way down (exhaling). 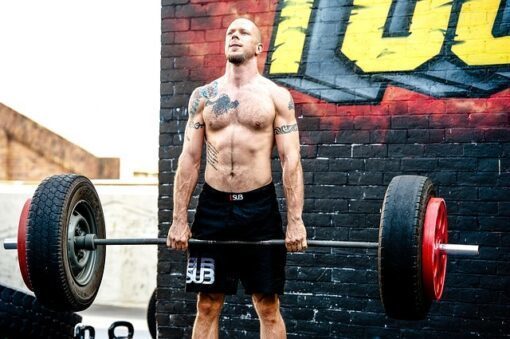 What are the Different Types of Deadlifts?

Although there are many different deadlift types, these are the 7 most common variations:

This is the standard DL version that is the most common and the one that people typically associate with when they hear the word ‘deadlift’.

You basically lift the barbell off the floor with your feet at hip-width and your hands just outside of your feet.

These are also known as stiff or straight-legged deadlifts as you don’t squat to drop the weight down to the floor after each rep.

The key when doing Romanian DLs is to make sure that the bending comes from your torso, not from your knees like in the conventional type.

Sumo squats have you placing your feet at a much wider stance in comparison to traditional DLs.

In this variation, your hands need to be placed inside of your feet, not outside.

The emphasis here is placed on your hips and quads, while the bigger range of motion lets you add more weight to the bar.

In this variation, you’re to stand on an elevated platform that adds a wider range of motion than standard DLs.

You’re essentially pulling the weight from a greater height, which puts more strain on your legs.

For these, you have to use a trap/hex bar that you grab using a neutral grip.

This changes the mechanics of the movement and it lets you distribute the weight that you’re using more evenly.

This variation puts more emphasis on the quads due to the unconventional placement of the bar.

When doing hack lifts, you place the barbell behind your back, which makes lifting the weights much harder by putting extra strain on your knees.

That’s why it’s recommended to only do these if you’re already a seasoned deadlifter.

Here you have to grip the bar much wider than you would usually.

This is a type of Olympic lift that also works your hamstrings more.

How to Perform Deadlifts (the Right Way)?

This is how you perform a repetition of the conventional deadlift correctly, in 7 easy steps:

And please, remember to make sure that you’re back is straight throughout the entire movement.

This is crucial because a slouched position can open the door wide open for potential injuries.

What Exercise Increases Testosterone Most?

Heavy multi-joint, compound resistance exercises like deadlifts, squats and bench presses deliver the most bang for your buck.

A study by the European Journal of Applied Physiology and Occupational Physiology found that men who lift heavy weights saw a 21.6% increase in their T levels, immediately following a 30-minute workout (4).

Another very potent exercise technique that can stimulate your T production is HIIT (high-intensity interval training). 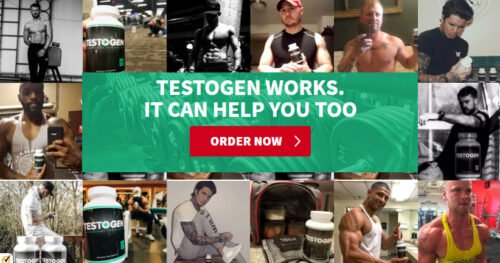 Can Working Out Too Much Lower Testosterone?

Yes, overtraining (i.e. working out too much) leads to negative hormonal changes.

There’s a particular study by the Biology of Sport that examined the hormonal effects of overtraining in a group of endurance athletes (6).

What they found was that overtraining not only significantly decreases testosterone, but it also increases cortisol levels.

This goes to show just how bad training excessively and not giving yourself enough rest is.

Always train smart and give your body enough sleep and rest so that it can recuperate between workouts.

Eventually, deadlifts certainly have the potential to boost your T levels.

However, specific research concerning the direct effects of DLs on testosterone is scarce and there are contradicting studies that show no real change in T levels pre and post doing DLs.

But despite all of this, DLs are a must-have for any quality workout regime.

Now – have you already incorporate deadlifts into your workouts?

And how do you feel after a set of nice heavy DLs?

Leave your answer in the comments below!