Few T boosters can match TestoGen’s proven track record. I’ve personally tried it and totally loved its effects on my libido, sexual prowess and overall manliness – you can read more about that in my very own TestoGen review! And guess what, the secret is in the TestoGen ingredients!

That’s why I’d now like to give you a very detailed and science-backed analysis of its ingredient profile.

Although there’s nothing particularly revolutionary, there’s enough of all the right components, making this supplement a must-have for us guys.

Table of Contents hide
1 An In-Depth Scientific Breakdown Of The TestoGen Ingredients Label
2 What Is TestoGen Though?
3 Is TestoGen Safe?
4 Does GNC Sell TestoGen?
5 Conclusion

An In-Depth Scientific Breakdown Of The TestoGen Ingredients Label

Before we kick off, note that TestoGen received an overhaul of its ingredient profile in early 2018.

This means that this supplement is now more potent than ever and generally works even better at boosting your testosterone than before! 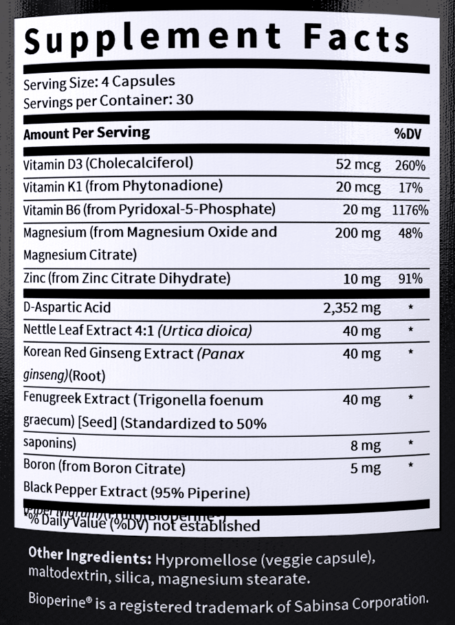 This is an amino acid that plays a role in the biosynthesis of proteins in our bodies.

However, it’s often found in T-enhancing formulas due to its testosterone boosting properties.

And here’s how DAA helps us to produce more of the primary male hormone, according to science:

And apart from improving your T levels, D-Aspartic acid can also improve your sperm quality.

In fact, taking 2,660 gm of DAA for 3 months straight has been scientifically shown to improve male fertility (2)!

Let me tell you, nettle is a superb and very nutritious veggie that you shouldn’t neglect.

But when it comes to testosterone, it’s main purpose is not letting the SHBG (sex hormone-binding globulin) bind to the highly potent free testosterone.

This is what science has to say about it in more detail:

Overall, I’d personally say that the addition of nettle root extract is a great move since this ingredient wasn’t present in the old TestoGen formula.

The red ginseng a.k.a. Panax ginseng is a long staple in traditional Korean herbal remedies for the dreaded ED (erectile dysfunction).

And as such, it’s also widely studied and researched, so let’s take a look at several in vivo studies:

On a side note, this type of ginseng (red) a.k.a. Panax or Asian ginseng is NOT the same thing as American or Siberian ginseng!

Fenugreek is a neat little herb that can be found in almost any testosterone booster these days.

And for a good reason!

There’s a myriad of available scientific data online that links it with improved libido and increase T levels.

Thus, here are a few spot-on studies to consider:

In short, it’s safe to say that Fenugreek is an outstanding herb that we men need to cherish.

Boron is a trace mineral with plenty of benefits related to our metabolism.

What is truly outstanding about this mineral though, is how good it is for us men.

Here, see for yourself:

All of this makes me rather happy that the team behind this testosterone booster decided to add Boron to the new formula.

The Bioperine extract with 95% piperine in TestoGen isn’t meant to directly help in boosting your T.

No, it’s actually supposed to increase the absorption rates of the other ingredients.

And yes, it’s effectiveness has been scientifically validated:

Apart from that, the very same piperine is also linked with anti-tumor influences according to the same study!

Magnesium is a crucial and essential mineral that has a number of benefits.

From migraine prevention to lowering blood pressure and even reducing insulin resistance.

However, we’re all about natural testosterone optimization here, so here’s what science has to say about Mag and T:

Besides, this is an important mineral for your overall health that you’re getting as a nice addition to this product’s formula.

This is a vitamin part of the Vitamin B group and this vitamin helps your body produce melatonin, which is important for your sleep.

Also, Vitamin B6 plays a role in the production of two hormones – serotonin that regulates mood and norepinephrine that helps with stress.

But here’s what researchers say when it comes to boosting your testosterone:

So you have something like ‘kill two birds with one stone’ here.

This B vitamin will not only help you sleep better (sleep is also vital for your hormones and overall wellbeing), but it’ll also boost your T. Great!

Zinc is an essential mineral with more than enough benefits ranging from supporting the immune system to helping wounds heal faster.

But for us men, Zinc is especially useful.

The reason for that is quite simple really – Zinc is associated with assisting in the normal development of the testicles (gonads).

And in case you didn’t know, testosterone is produced inside your very own gonads i.e. balls!

This, in fact, is a hormone, although it’s called Vitamin D and it plays an important role in keeping our bones strong and healthy.

Also, the version used here is the more potent Vit. D3 one as opposed to the Vit. D2, which is of poorer quality.

As for Vitamin D3 and testosterone… this is what relevant studies have found:

Basically, unless you live in an all-year-round sunny place, supplementing with Vitamin D3 is a sound plan for ANY man.

That’s because our bodies produce this vitamin when our skin gets direct exposure (i.e. not hiding behind a window) to sunlight.

So, for all my fellows who live in the northern hemisphere or even the US and most of Europe – Vit. D3 might become your new best friend when it comes to testosterone!

This vitamin can be found mostly in green leafy veggies (like spinach and kale) and it has a number of key benefits.

Arguably the most important thing about Vitamin K1 is that it helps with blood clotting, while also supporting a healthy bone metabolism.

As for other, testosterone-related benefits, studies suggest that:

But when it comes to any direct impact that Vitamin K1 has on your testosterone levels, there’s a lack of solid scientific data. 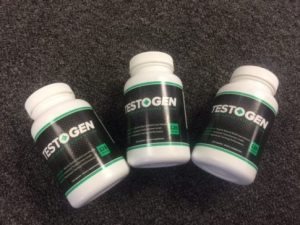 What Is TestoGen Though?

According to the official TestoGen web page, this is an all-natural testosterone boosting supplement aimed at adult men (aged over 18) who’d like to put more oomph to their T levels.

In short, TestoGen is designed to be the go-to product for:

Or in other words, this is a tool that can help both folks with low T and even those with normal values. A

Although this T booster would probably work wonders for older gents, younger fellows will most likely benefit too!

For instance, I absolutely LOVED every second of using this product and I’m a relatively young guy (into my late 20s right now).

What TestoGen Is Not!

TestoGen is not an anabolic steroid, nor does it yield the same results (obviously).

This is simply a natural product consisting of herbs, amino acids, minerals and vitamins.

And this means that it’s free of:

However, even if this is a brilliant testosterone booster that WORKS (I can confirm that), it’s not a miracle pill!

Don’t expect to take TestoGen and turn into the Incredible Hulk.

Sure, your libido, body composition and overall testosterone will experience a boost, but don’t forget about your diet and training regime! 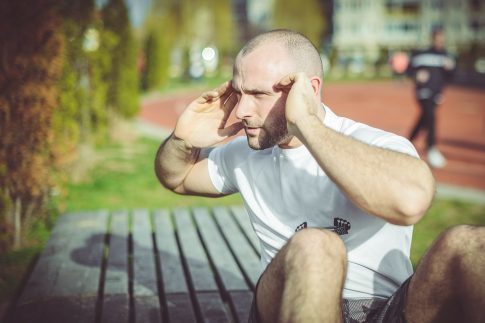 Yep, it’s as safe as a testosterone booster can be.

Everything in this testosterone boosting supplement is 100% natural as the ingredients come from various natural herbs and minerals.

For example, the Red Ginseng has been a staple in Asian medicine for a long time.

And on top of that, there are no banned, illegal or harmful substances in this product.

There’s really nothing to worry about here – I’ve personally tried TestoGen and experience zero (none) side effects whatsoever.

So, all that you have to do is follow the directions on the label you’ll be perfectly fine! 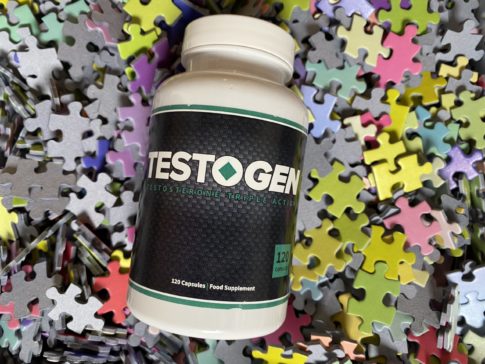 No, you won’t find TestoGen in common supplement retail stores like GNC or Vitamin Shoppe.

Because the only way to get this testosterone booster is through the real TestoGen USA site that offers worldwide shipping on all orders.

However, it’s worth pointing out that you might stumble upon certain retailers who offer TestoGen on Amazon.

Still, these sellers have nothing to do with the manufacturer behind this T booster!

This means that they’ve acquired TestoGen somehow (probably bought it via the genuine site) and they’re reselling it on Amazon.

For me, this takes all the legitimacy out of the equation as you’re essentially buying from a third party.

Thus, my advice would be to buy only from the official, legitimate website.

And by doing so, you’ll be able to take advantage of all the discounts, guarantees, exclusive offers etc.

It’s crystal clear that TestoGen uses only scientifically-validated ingredients as part of its formula.

This means that you can rest assured that you’re taking a product that works.

Get Your Bottle Of TestoGen Now!

Besides, as an added bonus, you’ll have the peace of mind that your testosterone booster isn’t filled with a bunch of dubious ingredients, hiding behind a proprietary blend.

Have you personally tried this T booster btw?

If your answer is yes – did you like it?

And if no… what are you waiting for? 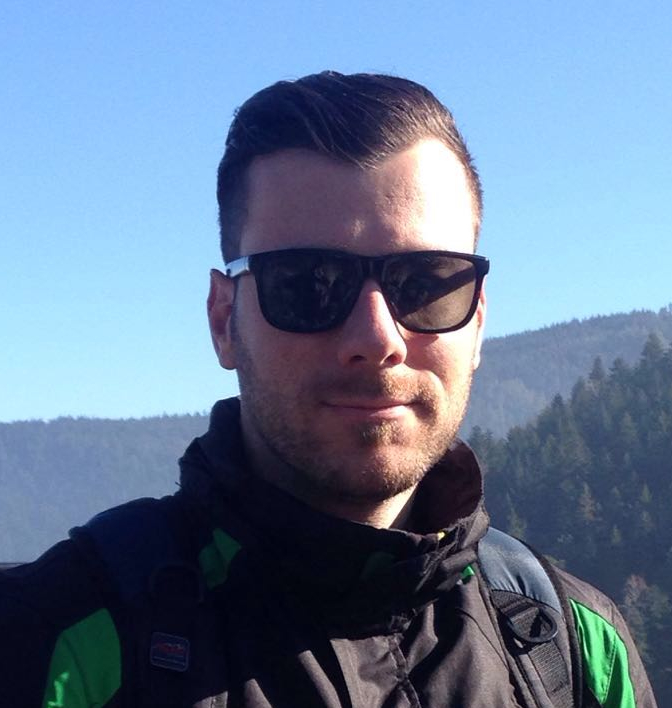 I’ve been fascinated by natural male hormone optimization since 2016. And ever since I’ve been going through boatloads of different meta-analyses and scientific data associated with increasing testosterone levels naturally. Currently, I’m working on my Ph.D. dissertation titled ‘The Informed Choice of Dietary Supplements as a Problem of Health Literacy and Health Promotion”. Thus, in my collective work here you’ll find helpful tricks, natural remedies, detailed product reviews (including stuff I’ve personally tried)… and more! 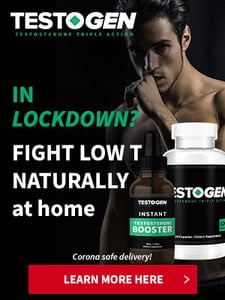